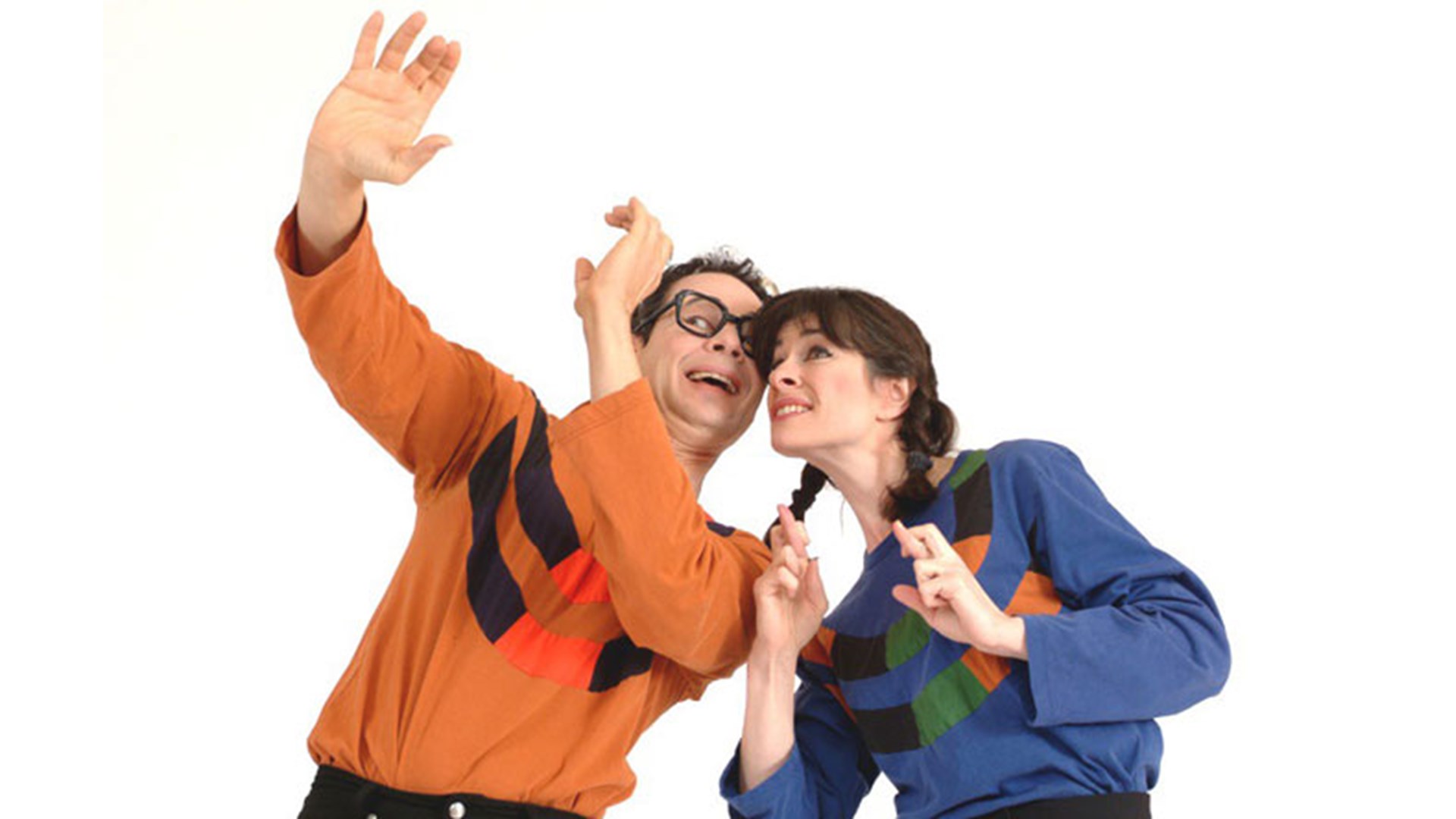 About The Chameleons Mime Theatre

The world-renowned Physical Theater duo called The Chameleons Mime Theatre, also known as Keith Berger and Sharon Diskin, have captivated thousands of young people worldwide with their electrifying performances. Their highly acclaimed children's programs are a celebration of theatre magic, wonder and surprise. Magical electric stairways transport audiences through an amazing array of imaginary objects, characters and places. Through audience participation and observation, students are amazed to discover how far their imaginations -- and the Chameleons -- can take them.

This performance is a riveting, fast-paced adventure that takes students straight into the heart and the art of mime. This program includes the Chameleon Mime Theatre's spellbinding favorites: The Life Cycle, The Crazy Circus, Margaret & Fred, Tug O' War and The Escalator.

This performance is an outer-space adventure that combines mime and astronomy to tell the story of two school-age characters launched into an amazing journey of discovery and imagination. As the trek begins and characters, illusions and sound effects take over, the audience becomes so focused you can hear an idea drop. Performed to a thrilling spoken narration and accompanied by a marvelous musical score and sound effects, this program is science-based fun that celebrates new worlds and new friends.

The Wonder of Words

This performance combines the magical action of mime with the spoken word to tell a story about the mysterious disappearance of a box of nouns. Nimbus the Mime, aka Keith Berger, seeks out clues among verbs and adjectives as, with the help of the audience, he journeys through this humorous illustration of the three basic parts of speech. This hilarious solo performance is a true "tour de farce!"

The Wonder of Words

Prices good until June 30, 2022. Prices are for assemblies in schools during regular school hours.  Performances outside these parameters may incur an additional fee. Grant funding for schools may be available to offset assembly prices. Contact us for further information.