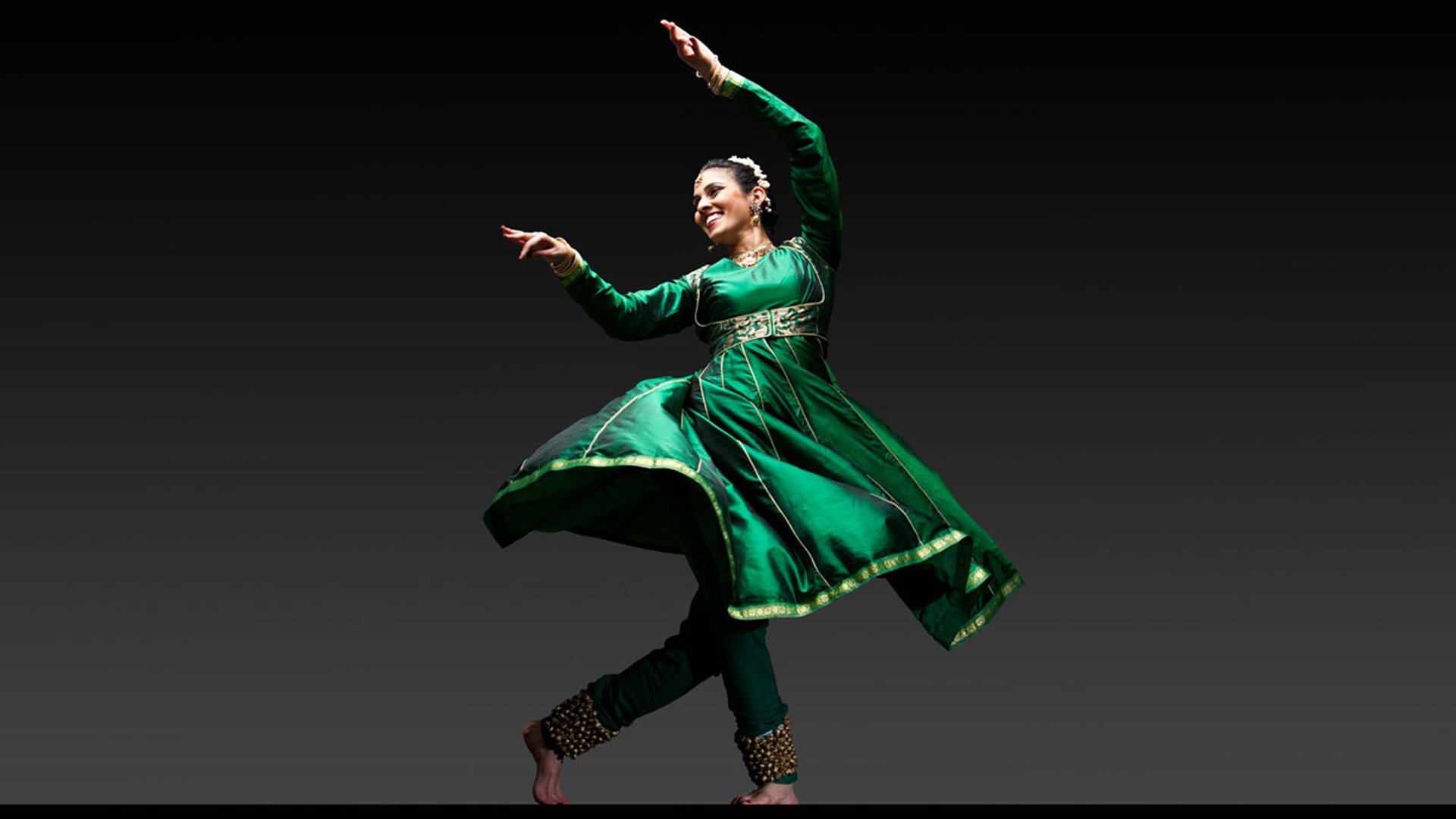 The Leela Dance Collective features Northern Indian dance from the kathak cultural tradition. The group are disciples of legendary kathak master Pandit Chitresh Das, along with leading kathak performers Rina Mehta, Sarah Morelli and Shefali Jain. It is the only company of its kind that focuses on Indian-American dance that brings together leading kathak artists from around the world.

Imagine India begins with a traditional invocation to evoke courage and strength. This focuses the dancers to perform their opening dynamic and rhythmic dance called “Malkauns Tarana.” Students then have the opportunity to learn hand gestures (mudras) through the telling of a traditional story of how a young boy named Krishna cleverly defeated the evil creature Kalia Daman. “Thaat,” a classic piece from India’s medieval era, demonstrates the distinctions and characteristics of the northwestern and northeastern styles of kathak. From medieval India, the performance progresses to modern India where dance and music moved from the courts onto performance areas in front of an audience. “Kathak Yoga” is a 20th century composition that highlights the thrilling dynamics of classical dance and music of Northern India. The final piece features a sawaal-jawaab (call and response) between the dancers and the musicians. Throughout the performance, students learn about other traditions, such as dress, ghungroos (ankle bells worn by dancers), footwork patterns, hand gestures and facial expressions (abhinaya).

Prices good until June 30, 2022. Prices are for assemblies in schools during regular school hours.  Performances outside these parameters may incur an additional fee. Grant funding for schools may be available to offset assembly prices. Contact us for further information.