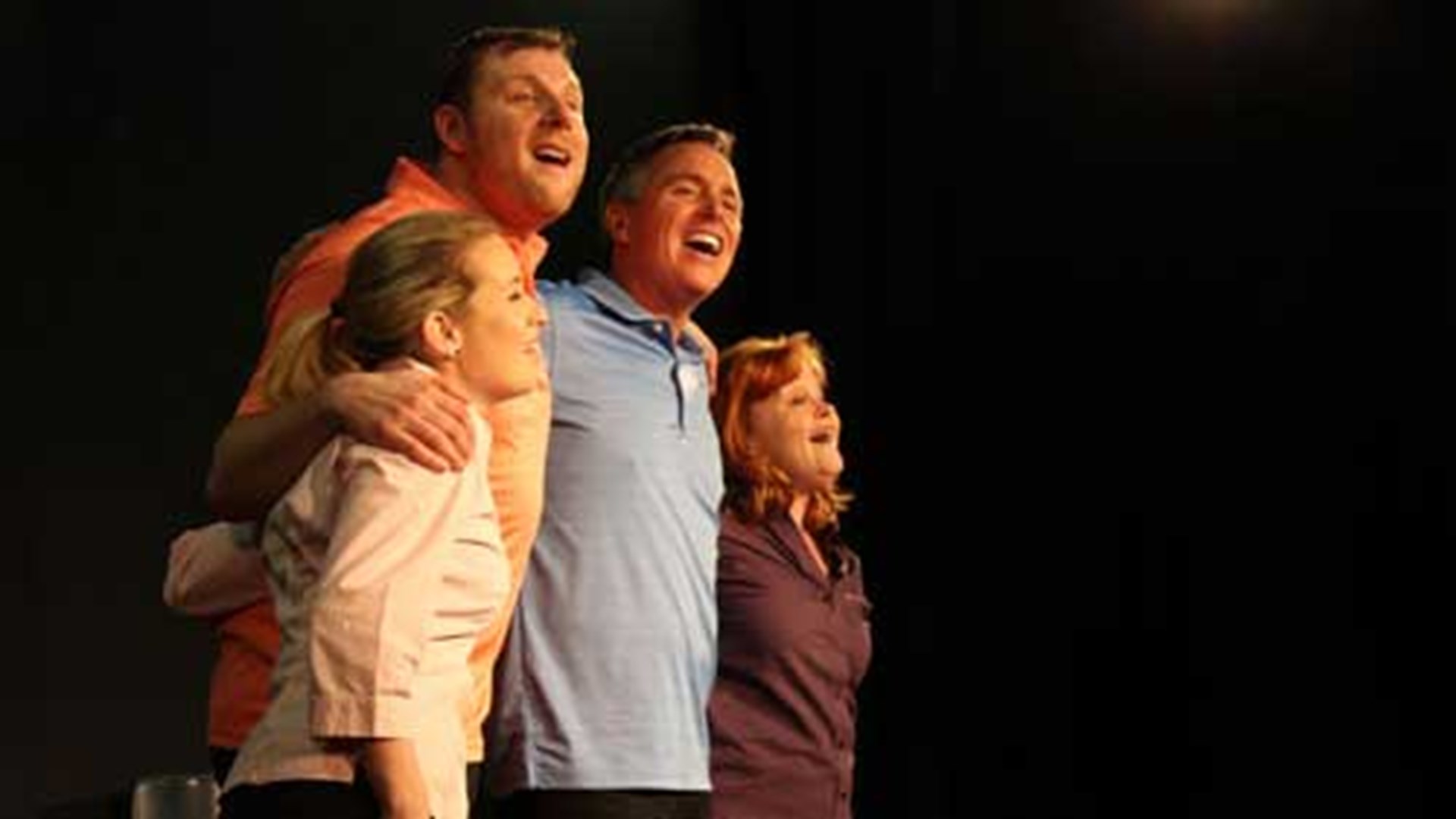 The History of Musical Theatre
Revolution!

The Musical Theatre Guild is a non-profit company with a large membership of professionals who are committed to keeping this American art form alive by performing staged, concert versions of wonderful, but almost-forgotten musicals with live accompaniment. Since its inception in 1995, the Guild has produced over fifty such concerts. The artists in these productions are professionals who have been trained in many performing arts skills. Physical and vocal characterization, singing, dancing, projection, diction, improvisation, and script analysis are just a few of them. Collectively, they become a singing quartet representing four major singing ranges: Soprano, Alto, Tenor and Baritone. Individually, they have appeared in many other plays and musicals.

The History of Musical Theatre in 42 Minutes and 28 Seconds

This performance is written by Kevin McMahon and encompasses the rich history of the American Musical Theatre. Developed specifically by the Musical Theatre Guild for youth audiences, the piece spans the gamut of early shows such as Rose-Marie, moving straight through to the groundbreaking musicals of Show Boat and Oklahoma! and continuing with performances recently seen on Broadway stages (Rent, The Lion King, Ragtime). A piano and four singer/actors are all that is needed to illustrate the colorful history and development of this truly American art form. The elements that make up a musical and the development of the genre are humorously presented, along with the significant historical events of the time periods involved. This program is an excellent introduction to this original American art form and is sure to inspire and excite a new generation of theatre artists and audiences.

This performance brings American history to musical life using examples from vibrant musical theatre. Students will witness John Adams, Benjamin Franklin, Thomas Jefferson and Alexander Hamilton crafting the birth of a nation (1776 and Hamilton), the divide in rural Virginia during America’s Civil War (Shenandoah), Emma Goldman rallying for human rights and Henry Ford’s creation of the assembly line (Ragtime), the turn of the century newsboys of New York City waging a labor war (Newsies) and the social revolutions of the 1960s (Hair).

From the Page to the Stage

This performance is a celebration of the magic that occurs when an inspired work of literature is taken down from the shelf, receives a make-over from playwrights, lyricists, and composers, then emerges on stage in a live performance, totally reinvented as a new work of Musical Theatre. The five uniquely engaging shows featured in this revue are Man of La Mancha based on Miguel de Cervantes' Don Quixote; Big River from Mark Twain's Huckleberry Finn; You're a Good Man Charlie Brown based on the iconic "Peanuts" comic strips by Charles M. Schultz; Seussical, based on various books by Dr. Seuss; and the satirical "prequel" to Frank Baum's Oz books, Wicked based on Gregory Maguire's book of the same name. A wonderfully versatile company of four singing actors magically inhabit multiple roles, performing songs in many musical styles. A feast for the imagination, From the Page to the Stage will surely inspire both young and old to take another look at great literature!

The History of Musical Theatre in 42 Minutes and 28 Seconds

From the Page to the Stage

The History of Musical Theatre
Revolution!