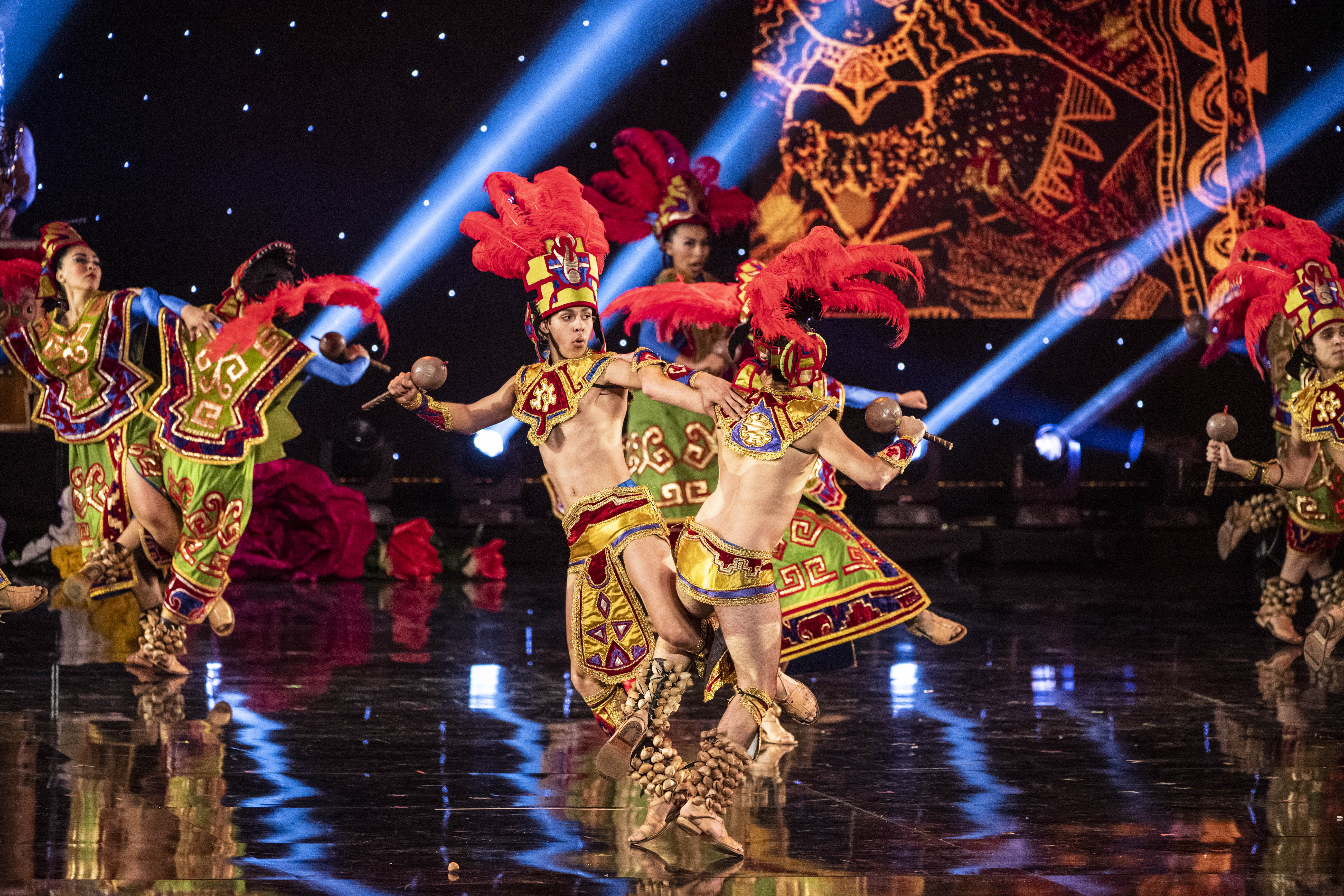 Pacifíco Dance Company was founded in 1992 as a nonprofit organization dedicated to the preservation and reconstruction of classical and contemporary Mexican dance forms. Under the artistic direction of Adriana Astorga-Gainey, Pacifíco Dance Company has performed for audiences across the nation and internationally. Comprised of 40 accomplished dancers and musicians, the company prides itself on educating culturally diverse communities as well as providing Hispanic audiences with a forum for developing pride in their own heritage. These brilliant artists collaborate to present both traditional and innovative works that combine the essence of traditional styles with modern dance idioms.

Some of their most ambitious works include Frida Kahlo, the Legend of La Llorona, Salón México, Mictlan, Calacas Clandestinas and the Virgin of Guadalupe. Pre-Hispanic works from Concheros and traditional dances from Jalisco, Guerrero, Puebla, Oaxaca, Chiapas, Michoacan, Nuevo Leon, Tamaulipas and Veracruz round out the repertoire.

The company has performed at many venues throughout the Southwestern United States including Utah, Arizona, Nevada and New Mexico. Pacifíco was also honored to perform in residence at the Kennedy Center in 2007. Local Southern California venues include The Carpenter Center in Long Beach, the Cerritos Performing Arts Center, the Redlands Bowl, The Music Center’s Dorothy Chandler Pavilion, the Luckman Fine Arts Complex, The Getty Center and the Universal Amphitheatre. In 2001, Pacifíco Dance Company along with Mariachi Sol de Mexico made a historic visit to North Korea and the People's Republic of China as part of a cultural arts exchange.

In a conjunction with major partners like The Music Center, The Ford Amphitheatre and most recently The Orange County Performing Arts Center, Pacifíco has been educating young children and adults all over the U.S., including the prestigious Kennedy Center. Pacifíco's educational workshops provide students with an overview and further knowledge of all the rich components that make up the beautiful culture of Mexican Folklore.

Pacifíco has been recognized twice as part of the Irvine DanceMaker awards. Throughout its 20-year history, Pacifíco has put much emphasis on collaborations with educational organizations to produce performances for students from K-12.