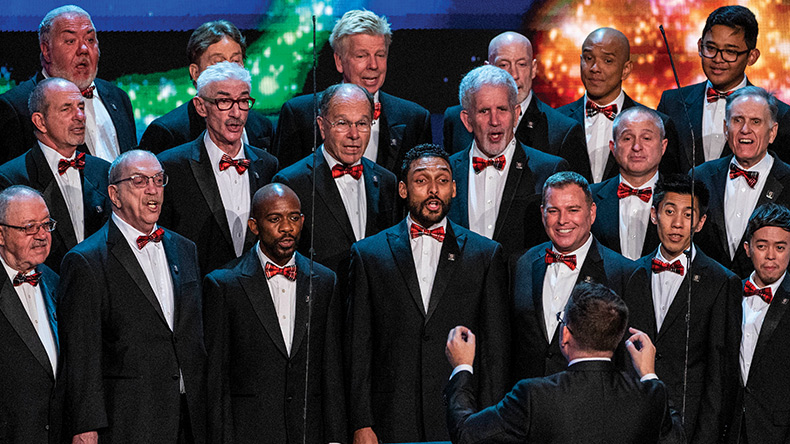 Gay Men’s Chorus of Los Angeles (GMCLA), under the leadership of Executive Director & Producer Lou Spisto and Music Director & Conductor Ernest H. Harrison, has continued to garner acclaim for artistic excellence while remaining deeply rooted in service to the Los Angeles community and beyond by promoting civil rights, tolerance and acceptance through music. Founded in 1979 during the emergence of the gay rights movement, GMCLA has spread its message of love and acceptance with concerts across the globe and has raised its collective voice in the struggle for equality, social justice, the AIDS crisis, the fight for marriage equality and for all those seeking to find their own voice. GMCLA’s free ticket program has provided access to concerts for thousands of low-income families over the decades, and research-based education programs have served over 70,000 young people throughout the Los Angeles region. In 2019, GMCLA performed at Carnegie Hall, The Hollywood Bowl (with Hugh Jackman), and in February 2020 GMCLA’s performance on the Film Independent Spirit Awards was viewed more than 7 million times. During the pandemic, GMCLA presented a full virtual season of concerts and special events, as well as school programs, that reached thousands of new and longtime fans from almost every corner of the globe—from Los Angeles to Ireland, Brazil and New Zealand, GMCLA’s streaming concerts were incredibly well-received. Critics have proclaimed the Chorus “inspired,” “expressive, innovative, and utterly moving,” and hailed GMCLA for presenting “meaningful entertainment.”