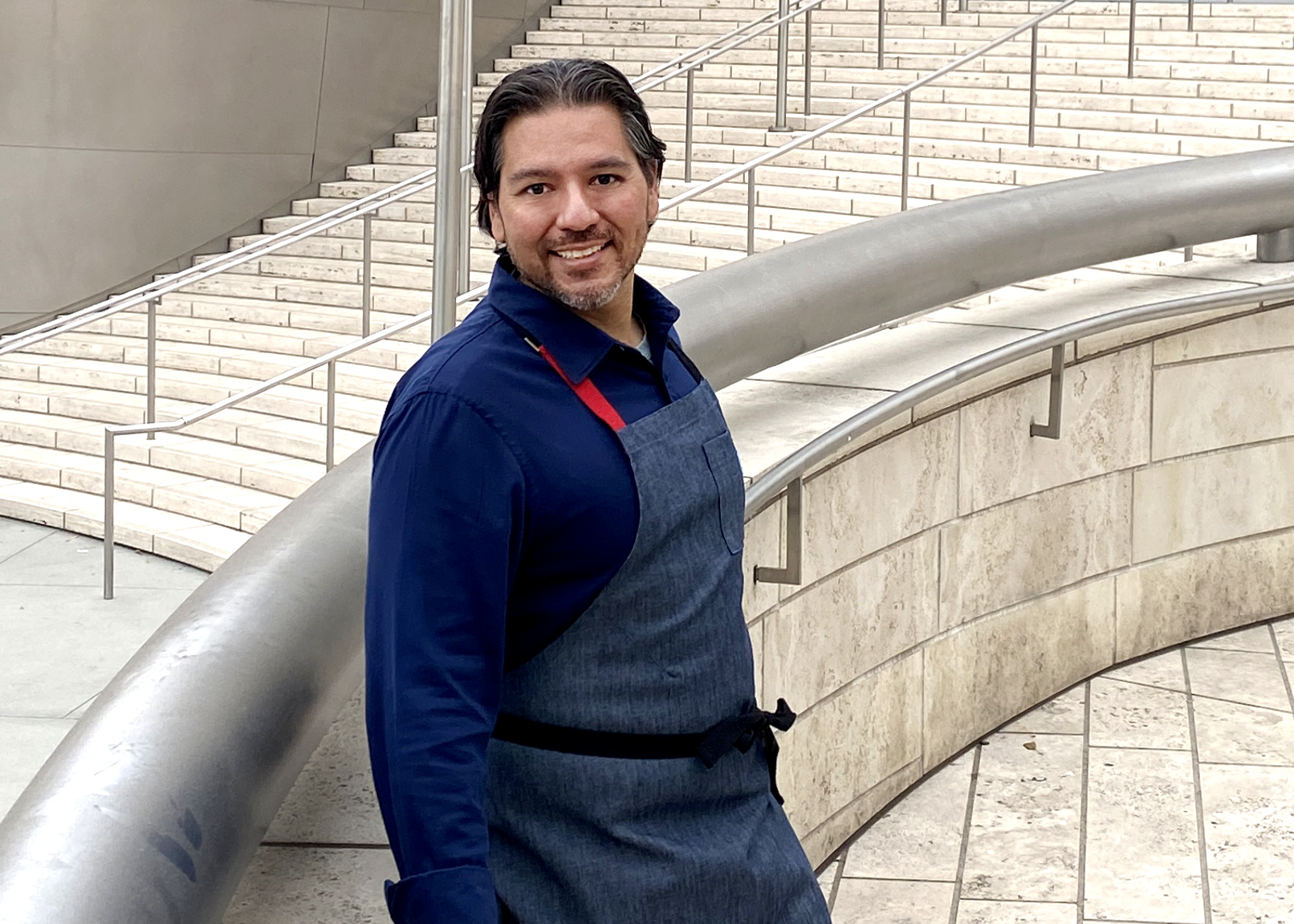 Redesigned and Reconcepted Full-Service Restaurant with Acclaimed L.A. Chef is Part of Master Plan for Food and Beverage Across The Music Center Campus Rolling Out Throughout 2021

LOS ANGELES (September 29, 2021)—The Music Center and Levy announced a new partnership with acclaimed chef and native Angeleno Ray Garcia to create a new dining concept for the anchor restaurant space located in The Music Center’s Walt Disney Concert Hall on Grand Avenue in Downtown Los Angeles. Today’s announcement marks the introduction of several new food and beverage experiences that will roll out throughout the fall and winter of 2021 as part of a plan to reimagine dining at the nation’s third largest performing arts center.

Garcia draws his culinary inspiration for the new restaurant from the many cultures and neighborhoods that make up his native Los Angeles. The menu will spotlight fresh California ingredients and the preparations, independent spirit and heritage of the many communities of the most diverse county in the nation. The design concept for the new restaurant will be developed by Hagy Belzberg and Belzberg Architects with a new interior and an expansive, welcoming patio. More information will be shared during the coming months, with the restaurant slated to debut in January 2022.

“During the past 18 months, our team reexamined the role hospitality should play to complement our vision of deepening the cultural lives of all Angelenos,” said Rachel S. Moore, president and CEO of The Music Center. “Chef Ray Garcia understands how to use food to build bridges between cultures and communities. We are excited to partner with him as we welcome the return of our guests to The Music Center and look forward to introducing them to the distinctive culinary experiences that will await them in this new restaurant in one of L.A.’s most iconic buildings.”

Garcia has long been committed to elevating the food and beverage culture of Los Angeles. His restaurants Broken Spanish and BS Taqueria contributed to L.A.’s growing reputation as a culinary destination on an international level, and, in 2015, he was named Chef of the Year by Esquire magazine. Garcia’s latest venture, ¡VIVA!, recently opened at Resorts World Las Vegas. The Walt Disney Concert Hall restaurant will be a new, original concept that is unique to The Music Center.

“As a native Angeleno, I am thrilled to collaborate with The Music Center and bring focus to L.A.’s diversity at one of its largest cultural hubs,” shared Garcia about the coming-soon concept. “At our core, we

look to connect people within their communities and celebrate L.A.'s range of cuisines, ingredients and traditions at the table and beyond.”

Hagy Belzberg and Belzberg Architects were the original designers of the space when Walt Disney Concert Hall opened in 2003. In addition to the main indoor dining room, expanded outdoor patio dining will also be a focus of the redesign.

“Having the opportunity to design a restaurant space twice is a dream for any architect, especially within such an iconic building. Working with Chef Ray, The Music Center, and Levy has been such an amazing experience and we’re very excited to reimagine and evolve the space into what we think will be a warm and inviting experience for all,” said Hagy Belzberg, Founding Principal, Belzberg Architects.

As a native Angeleno, Ray Garcia draws his culinary inspiration from the city’s rich culture, Southern California’s produce and his classic training. At his restaurants Broken Spanish and BS Taqueria, he incorporated all of these things cooking bright, bold and ingredient-driven food that expressed a Mexican- American narrative. For this, he, his team and both restaurants received national recognition and overwhelming hometown support, including accolades and recognition from Esquire, USA Today, LA Weekly, Los Angeles Times and Los Angeles Magazine. Most notably, Garcia was recognized by Esquire magazine as Chef of the Year. His most recent restaurant, ¡VIVA!, recently opened at Resorts World Las Vegas.

Garcia originally set out to become a lawyer. However, after graduating from UCLA with degrees in political science and business economics, he paved a new path by enrolling at the California School of Culinary Arts. His first job was at the Peninsula Beverly Hills, a five-star and five-diamond hotel with a revered fine dining program. He would further his training with and seek mentorship from chefs like Douglas Keane of Cyrus. During this time, restraint in technique and a deep respect for the integrity of his ingredients became intrinsic, no more evident than from his six-year tenure at FIG in Santa Monica.

He has been consistently recognized for philosophies on environmental stewardship and commitment to responsible farming and food production, honored with StarChefs “Rising Star” Award for Sustainability in 2010. In 2014, Ray took home the title of “King of Porc” at Cochon 555, an event celebrating the heritage breed pig.

About The Music Center

The disruptor in defining hospitality at the most-recognized cultural, entertainment, and sports destinations, Levy is recognized as the market leader and most critically acclaimed hospitality company in its industry. With restaurant roots, Levy has created many of the country’s defining dining experiences, from Michelin Star fine dining, to waterfront social gathering spots, and elevated casual neighborhood restaurants. Twice named one of the 10 most innovative companies in sports by Fast Company magazine and one of the top three Best Employers for Diversity in America by Forbes, Levy’s diverse portfolio includes iconic cultural destinations and music venues, award-winning restaurants, major sports and entertainment venues, and convention centers; as well as the Super Bowl, Grammy Awards, US Open Tennis Tournament, Kentucky Derby, and NHL, MLB, NBA, NFL, and MLS All-Star Games. For more, visit www.levyrestaurants.com or follow us on Facebook, Twitter, and Instagram.