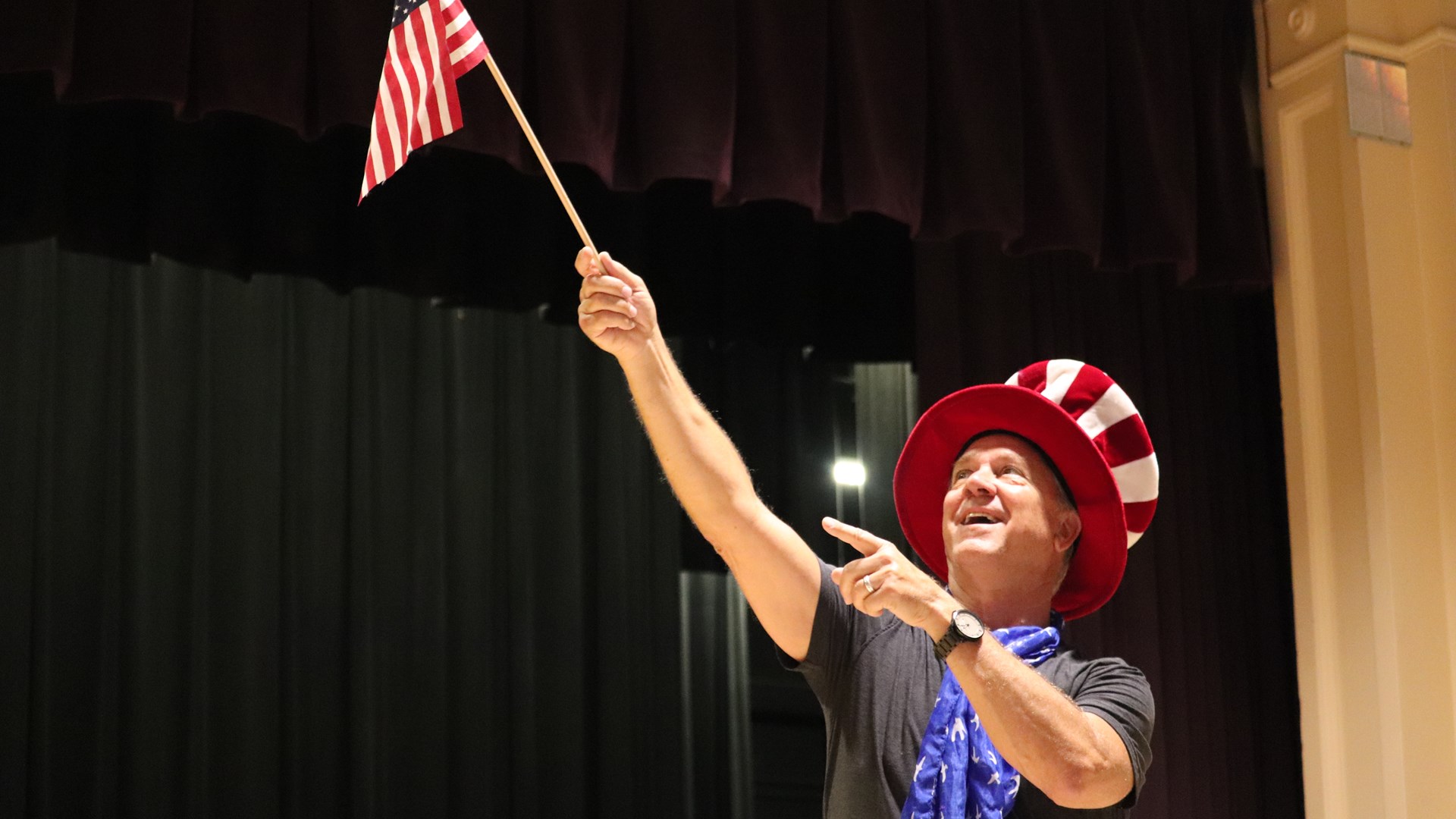 Dubbed the “Maker of Merry” by the Los Angeles Times, actor David Prather has shared his lively blend of improvisation, verbal wit and physical comedy with audiences from schools to concert halls across California. Whether appearing with Julie Andrews at Disney Hall as host of the LA Phil's Holiday Sing-Along or engaging an assembly of rapt students in a multi-purpose room, Prather makes it his mission to entertain and enlighten. He has delighted audiences at the Hollywood Bowl (where he appeared for ten seasons as 'Cap'n Dave' of Summer Sounds) and in family programs at the Getty, Skirball and Autry Museums.  Mr. Prather is a graduate of Princeton University and the American Conservatory Theatre.

This performance is an exciting and fun examination of the joy of poetry. Using verses from Shel Silverstein, Jack Prelutsky, A.A. Milne, Mother Goose and others, Prather scoots (sometimes literally, on his razor scooter) from one hilarious poem to another. From jump rope jingles to the narrative classics "Casey at the Bat" and "The Jabberwocky," Prather uses accents, audience participation, props, call and response, and physical comedy to investigate rhythm and rhyme, metaphor, and alliteration in one joyous jumpin' jam.

In The World of Myths

In this performance, David approaches the mythology of various cultures with humor and an improvisatory style that entertains and actively engages the audience. Whether relating classic Greek myths about gods and goddesses, Native American myths about the moon and stars, or Chinese, Hindu, Central American and other myths of creation, Prather uses the imagination of humankind to fire that of his audience.

This performance is a theatrical interpretation of the idea and ideals of America as expressed by our nation's greatest poets. Starting with Francis Scott Key's stirring "Star-Spangled Banner" and the War of 1812, the show sets iconic poems in their historical context and then renders them dramatically.

This performance brings to life such iconic American figures as Uncle Sam, Lady Liberty, Francis Scott Key and Paul Revere. Witness the creation of our National Anthem, sail past the Statue of Liberty, ride with Paul Revere and be inspired in this poetic celebration of "life, liberty and the pursuit of happiness."

The World of Myths