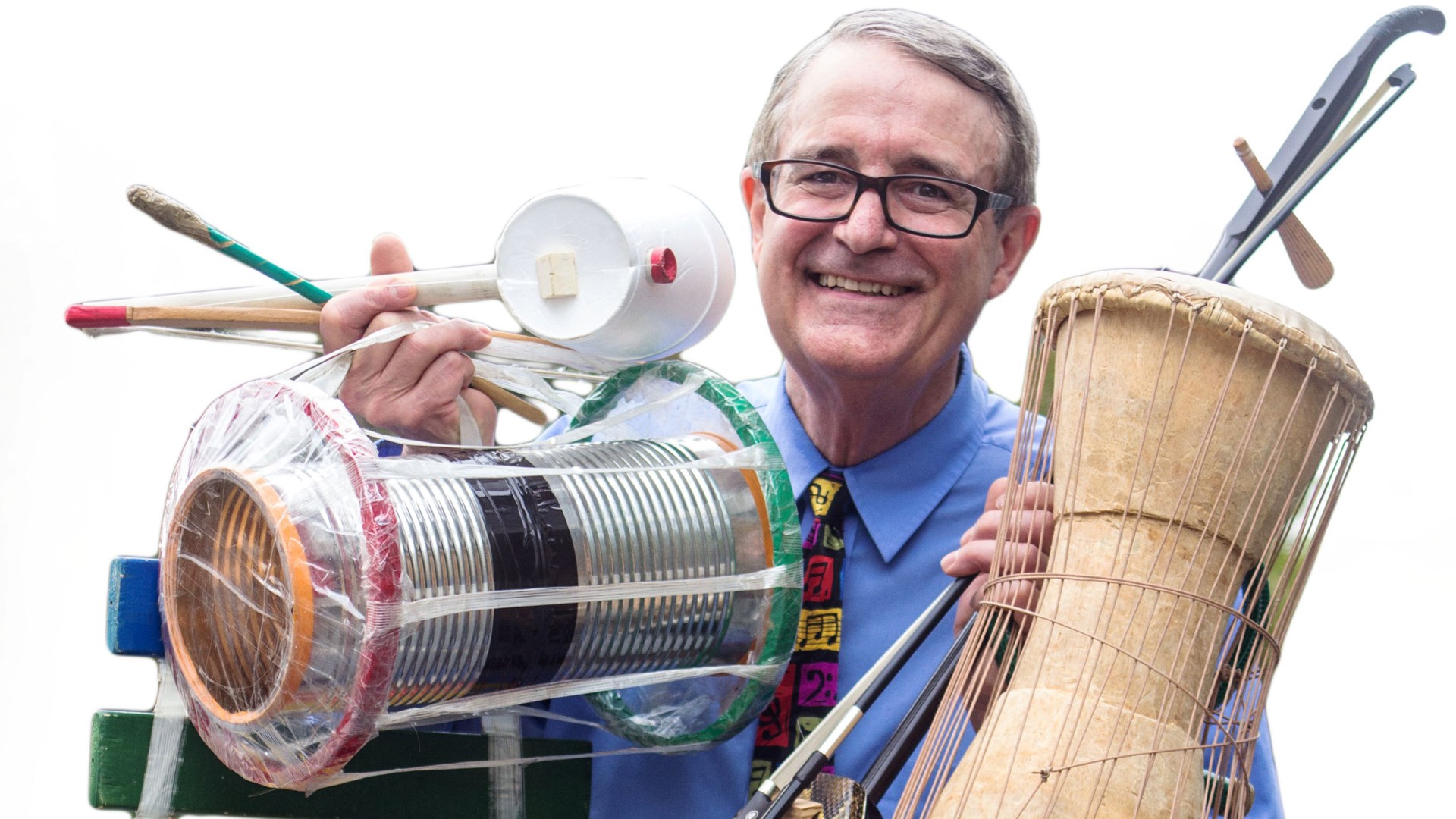 Dr. Craig Woodson is an educator, musician and musical instrument maker with a doctorate in ethnomusicology. Inspired by children's ideas around the world, he has created more than 250 easy-to-make musical instruments from simple materials that reflect the cultures of Africa, Asia, Europe and the Americas. In his fun-filled educational performances, Dr. Woodson explores the origin, science and playing techniques of twelve homemade musical instruments. He begins by having the audience play body music that represents the musical families -- string, air, drum and idiophone -- like a cheek drum, lip buzz or a hair plucker. Then students watch as Dr. Woodson shows them how instruments evolved from those first early sounds, for example, how a pole used for fishing became a musical bow, then a guitar or a violin. Using simple tools and available materials such as a Styrofoam cup, fishing line, plastic tubes, coat hangers, dental floss, tape and thumbtacks, Dr. Woodson assembles homemade versions of folk instruments like a coat hanger harp, a garden hose slide whistle, a bobby pin "thumb piano" and a picture frame drum. The finale of the assembly features students and teachers on stage, playing the newly crafted ethnic instruments as well as the real instruments (a Chinese violin, a European bugle, an African talking drum and South American maracas) and performing together as a "World Orchestra" in a fun-filled improvisation. The assembly includes background information about the science and history of music around the world.

Also available as a pre-recorded experience. Please contact us for more details.