The History of The Music Center

The History of The Music Center

More than 50 years ago, a group of forward-thinking community members from all over Los Angeles County came together to achieve Dorothy Buffum Chandler’s vision of a performing arts center that would serve as a cultural focal point for Los Angeles, a center of arts and culture for the entire community.

Today, The Music Center is one of the largest and most respected performing arts centers in the nation and has served millions of patrons. A reflection of Los Angeles’ unique pioneering spirit, The Music Center redefines what it means to engage with the arts, offering compelling programs relevant to the many diverse communities of L.A. County. It is home to TMC Arts, The Music Center’s programming division, as well as four resident companies: Center Theatre Group, the Los Angeles Master Chorale, LA Opera and LA Phil.

In the mid-1950s, Mrs. Chandler recognized that a lack of cultural facilities was holding Los Angeles back from recognition as a major world city. She focused her efforts on creating a permanent winter home for the Los Angeles Philharmonic Orchestra and staged a fundraiser in 1955, known as “the “El Dorado Party,” raising $400,000 to jumpstart the effort. The Los Angeles County Board of Supervisors then chose Mrs. Chandler to lead an advisory committee comprised of more than 100 of Los Angeles’ business, film industry, publishing and education leaders to help support this plan. In 1959, Los Angeles City and County officials offered to set aside the most prominent civic center site for the project and proposed an unprecedented public-private partnership to fund it. Mrs. Chandler personally enlisted architect Welton Becket to design the complex and guide the project through the county approval process. Later, the 70-member Music Center Building Fund Committee was formed under Mrs. Chandler’s leadership.

During the late 1950s and early 1960s, Mrs. Chandler relentlessly and almost single-handedly persuaded political and business leaders that Los Angeles needed a major performing arts facility. She is credited for bringing together for the first time in the city’s history its two main centers of power, including the older affluent families of Pasadena and San Marino and the established businesses in Downtown Los Angeles with the newer, more liberal entertainment industry establishment of West Los Angeles.She was able to attract widespread community enthusiasm, support for and involvement in the project.

The original Music Center, a $33.5 million, three-theatre complex, was dedicated as “A Living Memorial to Peace,” on December 6, 1964. Its principal building was named the Dorothy Chandler Pavilion.

After the opening of the Dorothy Chandler Pavilion, The Music Center continued to expand with the openings of both the Ahmanson Theatre and the Mark Taper Forum. Opened in 1967, the Mark Taper Forum is The Music Center’s smallest and most intimate theater, designed for the production of dramas and experimental theater. It was named for S. Mark Taper, a prominent real estate developer, banker and philanthropist. Opened as well in 1967, the Ahmanson Theatre features a state-of-the-art configuration with variable seating capacity that can accommodate a diverse selection of performances. It was named for philanthropist Howard Ahmanson, who was chairman of the board of Home Savings and Loan Association. The theatre is joined with the Mark Taper Forum by a 47-foot high colonnade that surrounds both structures and creates a visual balance with the Pavilion across The Music Center Plaza.

Designed by architect Frank Gehry, Walt Disney Concert Hall (Concert Hall) opened in 2003 as the newest of The Music Center’s four venues. The Concert Hall was conceived when Lillian B. Disney made an initial gift of $50 million to build an additional performance space on Los Angeles County land in honor of her late husband Walt Disney and his dedication to the arts. Home to Music Center resident companies LA Phil and the Los Angeles Master Chorale, Walt Disney Concert Hall is one of the most acoustically sophisticated concert halls in the world and provides both visual and aural intimacy through its exterior and interior design.

With its official opening in 1964, The Music Center ushered in a new era of artistic and civic pride and, in the process, solidified Los Angeles as a major cultural force, not only nationally, but also globally. A testament to Dorothy Buffum Chandler’s vision and relentless pursuit of a performing arts center that would yield an unprecedented democratization of the arts, The Music Center has indeed become the cultural hub of Los Angeles as an all-inclusive place to connect and unite through the arts.

Learn More About Our Theatres 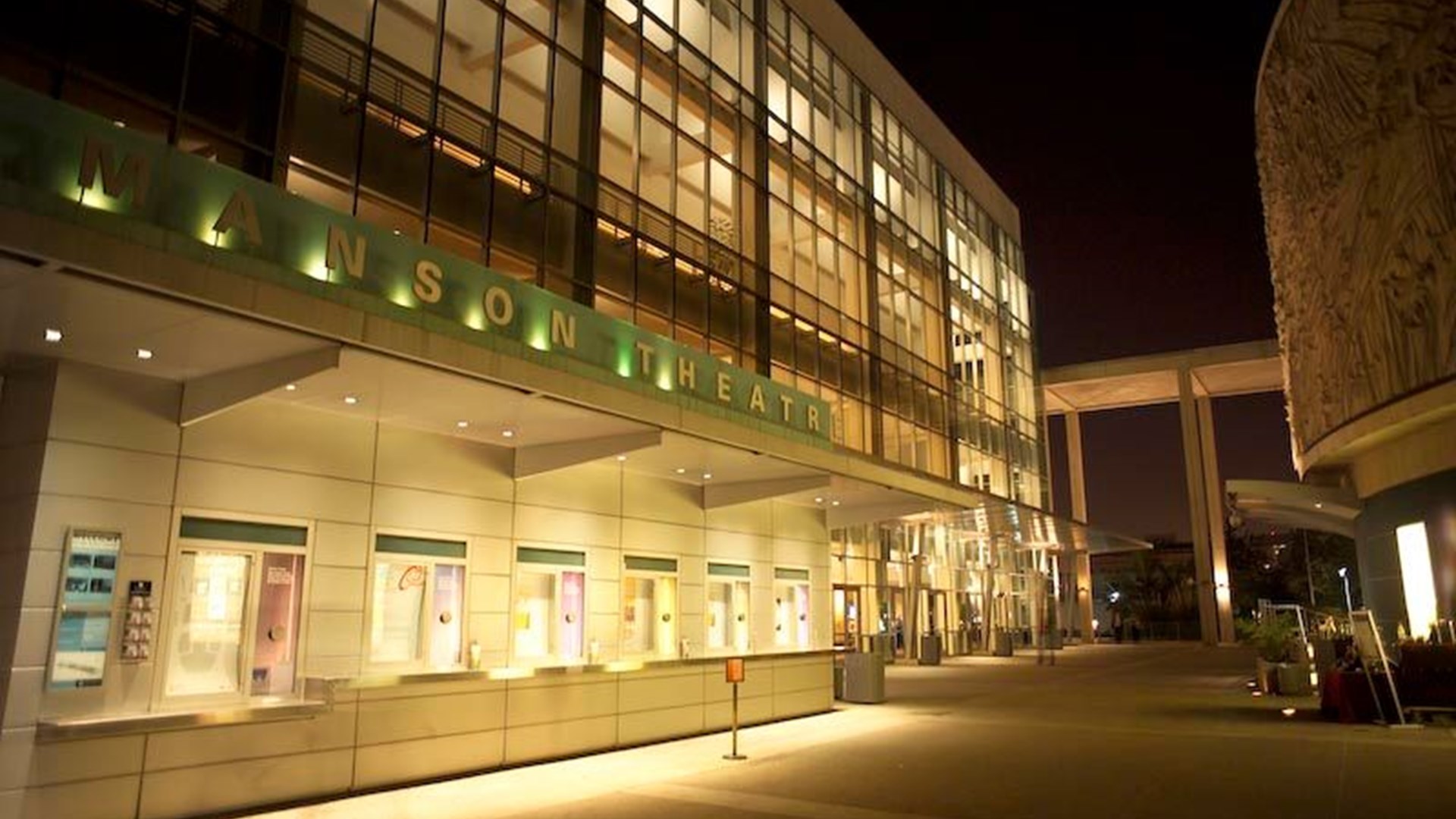 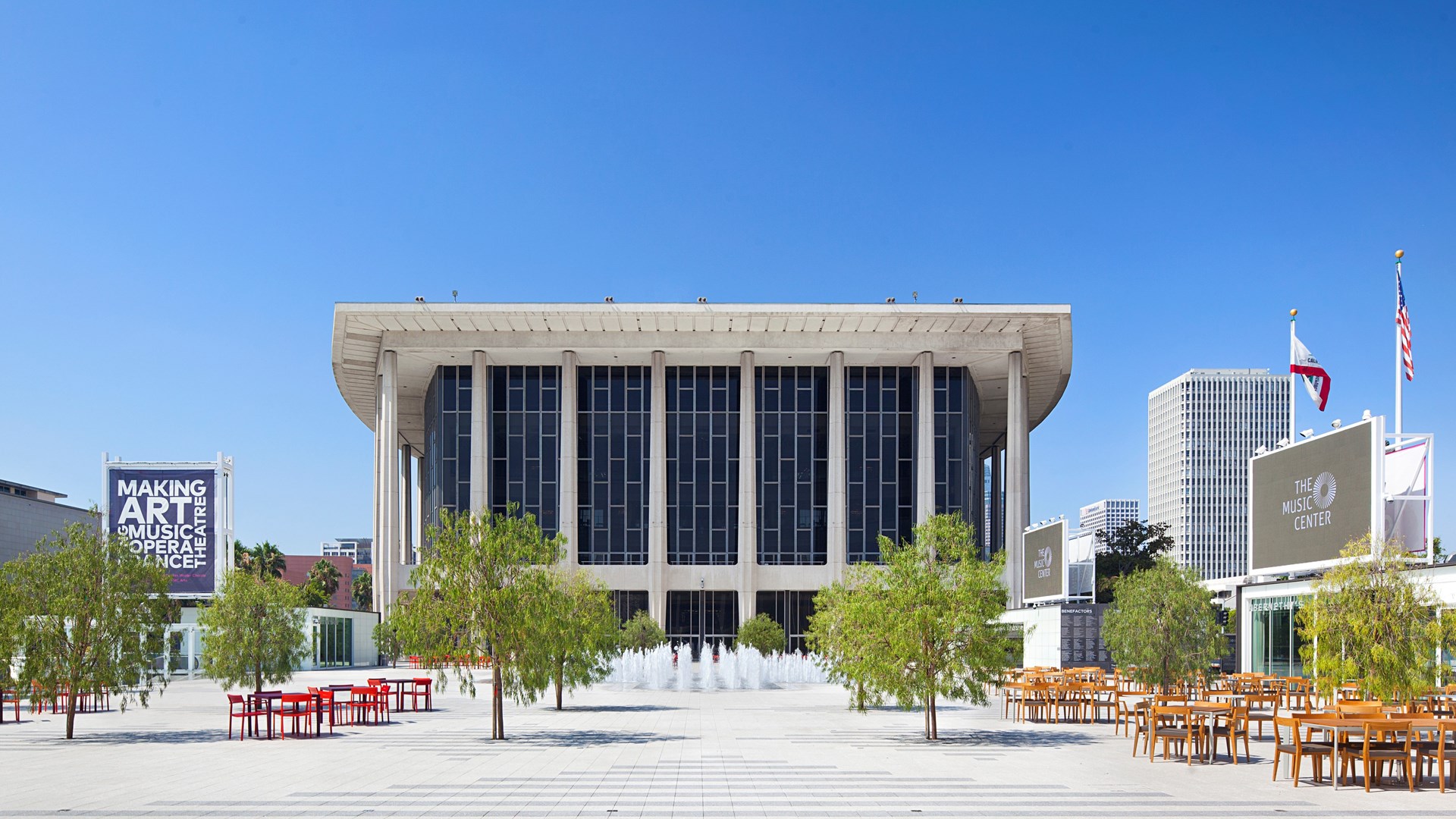 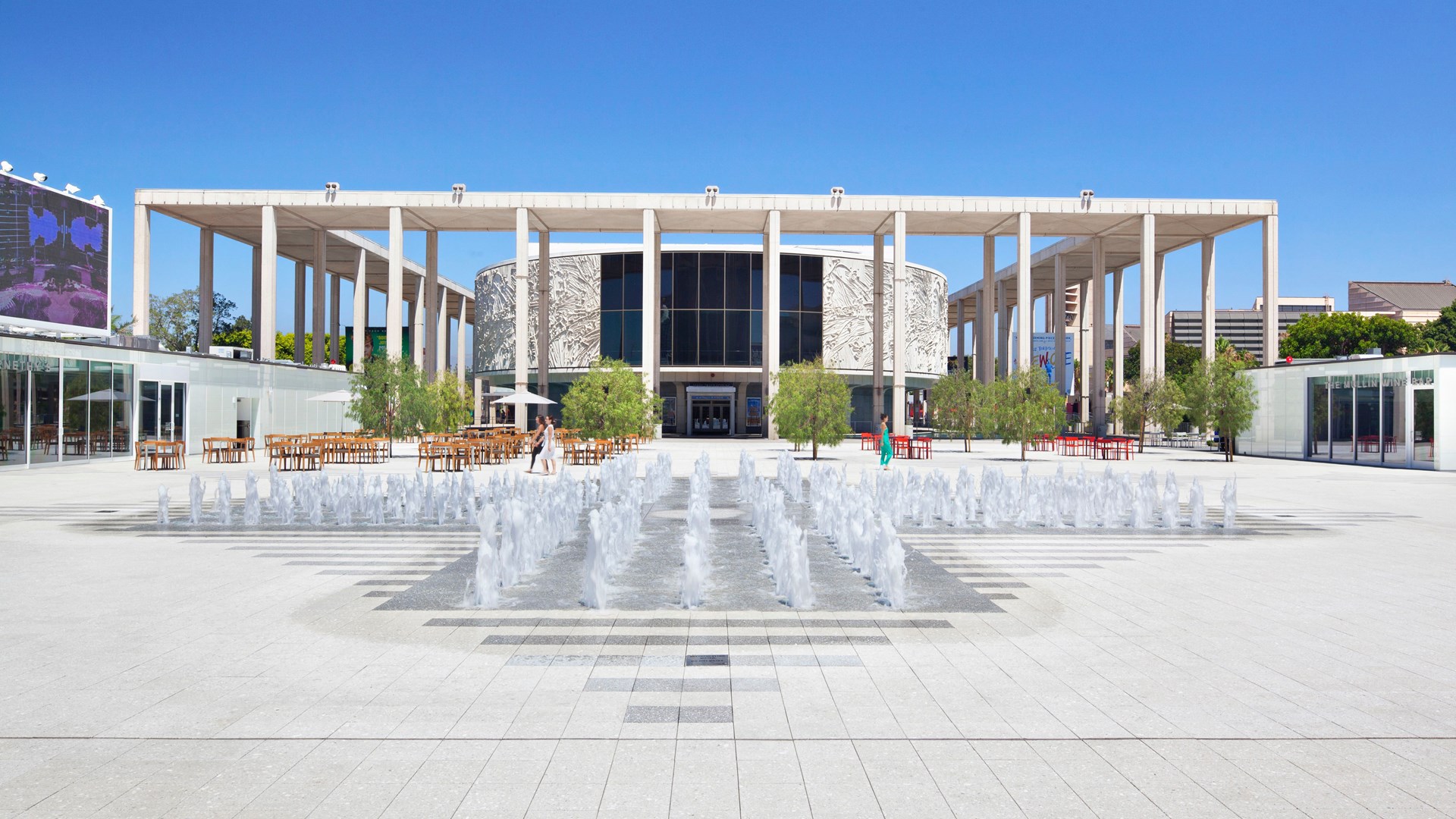 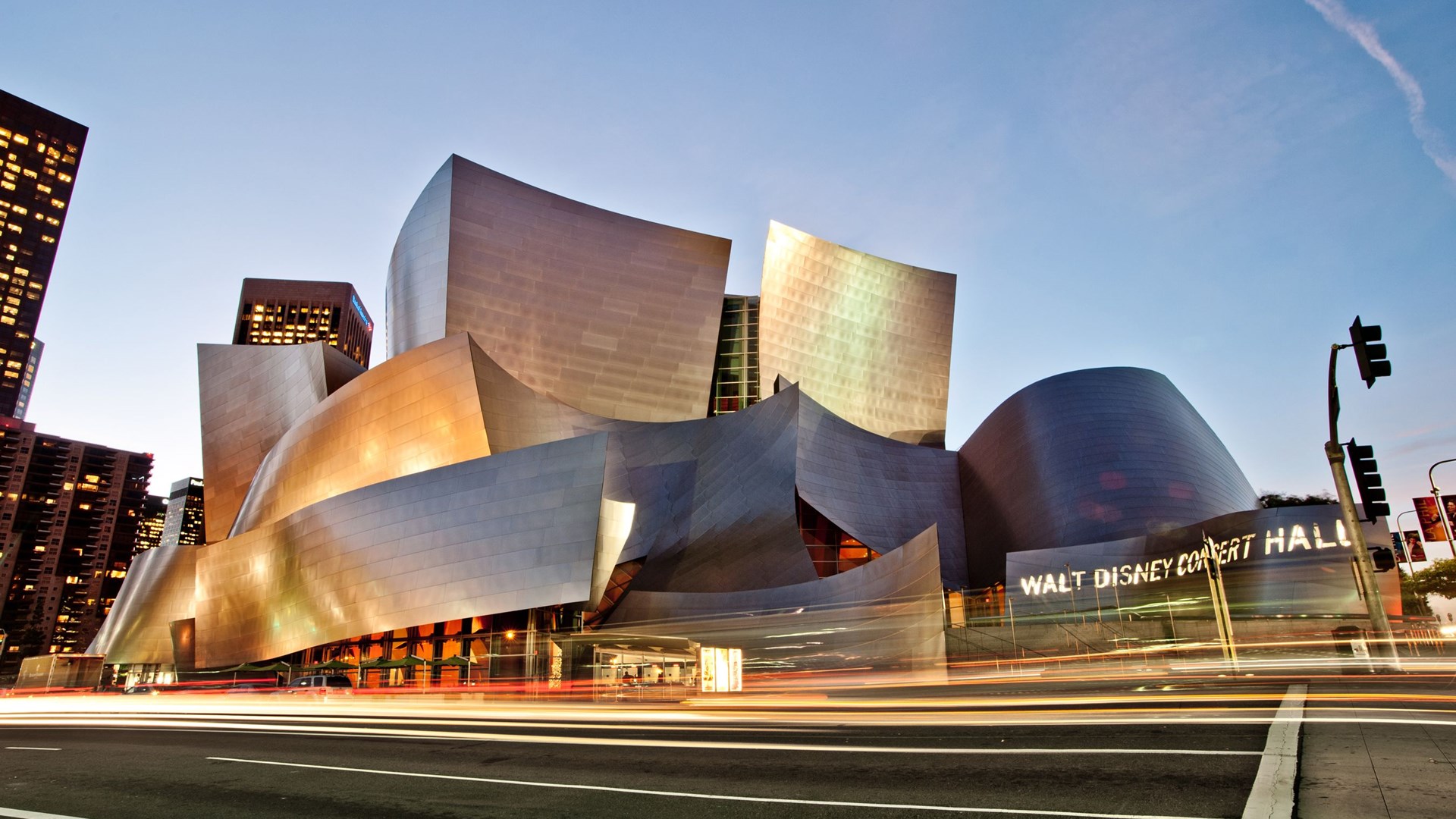 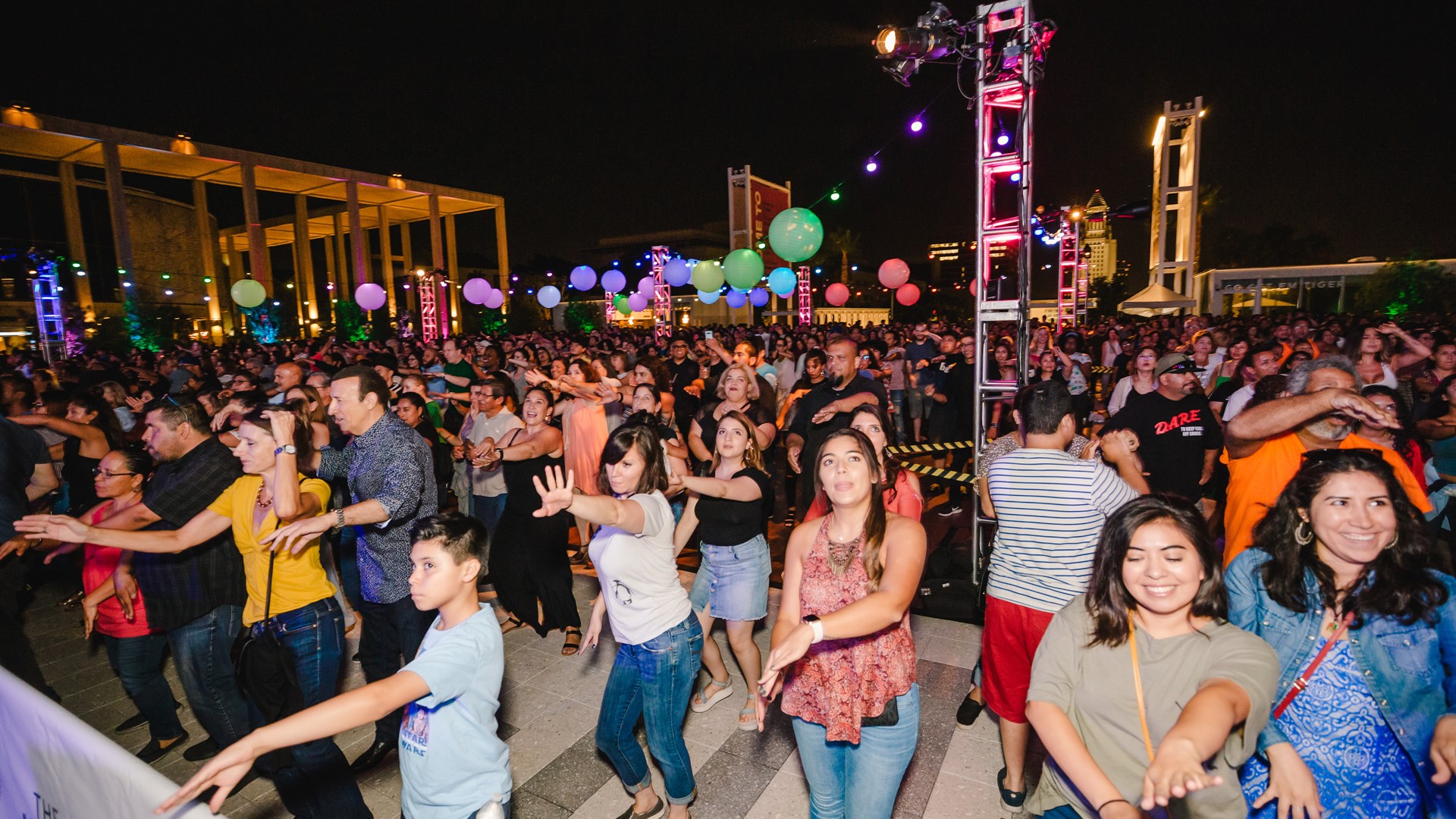 When we speak of our vision to deepen the cultural lives of all Angelenos, we turn to the work of TMC Arts. This team champions the diverse voices and communities of Los Angeles, fostering connection, creativity and enrichment. TMC Arts programs connect people, offering us the chance to get creative and to learn as we discover something new or enjoy something familiar.